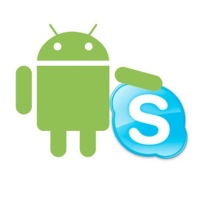 Ever since Android came to the scene I have been closely following its progress yet unfortunately have not been able to become a proud owner of an Android device because of the high price. So whenever I get my hands on one I would try to explore as much as possible. One of the main issues with countries like Sri Lanka is that paid apps are not supported by the Android Market.

Also the application developers can decide the markets which their products should be appearing. Skype has allowed only few of the countries excluding Sri Lanka and most of the others, which is quite unfair as far as I see. If you are a tech savvy person of course there are ways to hack and bypass these things. But what I’m going to tell you are some easy ways I have found playing with the devices;

I came across a Samsung Galaxy Tab (Android 2.3) which was operator locked in Australia. So the device was operating without a SIM over WiFi for the moment, which actually allowed Skype to be installed.

As per Android APIs on Market Filters:

When you upload your app to the Android Market, you can select specific countries to target. The app will only be visible to the countries (carriers) that you select, as follows:

So the primary method of identifying the country is the SIM card and then the IP. But it seemed like the IP is actually not checked if the SIM detection fails. I convinced one of my colleges with an HTC Wildfire (Android 2.2) to take off the SIM card and try over WiFi to install Skype which actually worked for him also (Eliminating my doubt whether the relaxation was done because the device was an Australian one). Still you will not be able to get the paid apps, only the free apps including Skype.

Since the android market available in India, which is one of the most visited locations by Sri Lankans you can get down an Indian SIM card (Airtel one cost me 25INR which is about 70LKR, with my passport copy) put it into your phone and over WiFi you should be able to access the paid apps.

I have taken the Sri Lankan context since it’s my native location and this should work on any android market restricted country.

View all posts by venura9

One thought on “Skype and Paid Apps on Android in Restricted Markets.”